In the continuation of motivational articles devoted to the occupation of crossfit, I bring to your attention the stories of people who have changed the crossfit.

During my studies at school and college I was in good physical shape, my height was 167 cm and weighing 70 kilograms. Riding a bicycle that kept me fit. One could say that I was thin. But then my daughter was born and I didn’t have time to do anything for about four years, until she called me plump …

Once I was invited to a crossfit class on the street. That moment was one of the most difficult in my life. I was introduced to burpi and kettlebell exercises. When we finished the WOD’s, everyone started making burgers, and I was lying near the flower bed for a long time. Crossfit kicked me in the ass so that I could work on myself.

Now I weigh 79 kilograms, which is definitely more than before, but it’s not just fat, but muscle mass, which I gained while doing a crossfit.

Before the crossfit, I didn’t train much, to be honest, I practically didn’t train. However, my cousin was a big fan of crossfit training and prompted me to take up this sport.

At first I lost 9 kilograms, after I gained 5 kilograms of muscles. I feel that my whole body, and most of all my heart has become much stronger than it was before. In addition, I feel and look much better, and now I can actively play with my daughters

For my full 22 years, I never took iron in my hands. I played football and all my workouts were mostly focused on endurance. All the time I thought that weight training should slow me down.

After entering college, I began to reduce my workouts to a minimum, add to this constant fast food, and my physical fitness began to leave much to be desired.

Now, after four years of crossfit training, I can say that I am better than I could imagine. When I started to train, I thought, “How do these guys do it?” Now I myself can do exits by force, climbing a tightrope, walking on my hands and much more.

After moving to work, I fell ill. First, I thought that this was due to food poisoning or stomach, in general, all this time that I was treated, I lost 18 kilograms. About any physical activity, while speech could not go.

As soon as I recovered, I began to recover, doing a crossfit, first 2 times a week, and after going 4-5 times a week. Now I can proudly say that I have regained all my weight and even gained a little muscle. In fact, I am now in better shape than I have ever been.

Other compilation of the crossfit transformation: 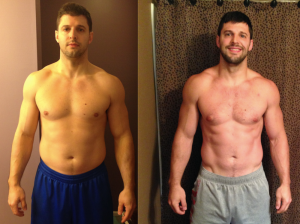 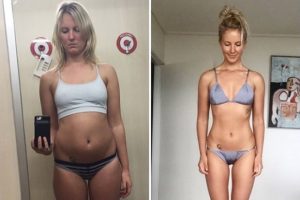 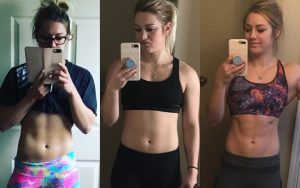 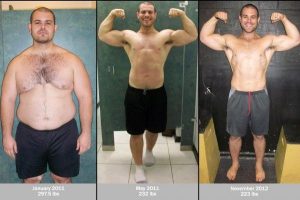