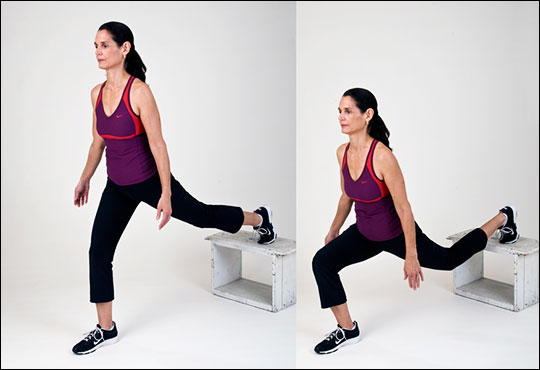 Bulgarian squats allow you to diversify your workout in the gym and at home. Mastering the exercise is associated with certain nuances, it gives excellent results, comparable to work in a squat with a bar. A feature of this training is the performance of the exercise on one leg. The second leg acts as a support only partially. Complexity squat in this technique is associated with the need for coordination of movements and the development of equilibrium.

However, having mastered the technique, it is possible to include in an effective training an effective exercise for the gluteal muscles with a minimal load on the spine. The main disadvantage of the Bulgarian squats is an increased load on the knees. What other features does this exercise have? The answer to this question, as well as its varieties and techniques, will be considered below.

The main feature of the Bulgarian squats is that they are performed on one leg. During exercise, the second leg is fixed on a hill. What does it give?

From the classical squatting technique, this exercise is distinguished by an increased load on the knee joints. Therefore, it is categorically contraindicated to those who have chronic diseases of the joints of the legs: arthrosis of the knee joint, damage to the meniscus, trauma. Separate attention deserves the squatting technique, which is not as simple as it might seem at once.

Correct performance of squats requires a certain level of physical preparation, understanding and knowledge of his technique in all nuances.

Advantages and disadvantages of the Bulgarian squat for clarity are compared in the table.

As you can see from the comparative table of merits and demerits, all the same the pluses of squats on one leg are much larger. Exercise is really working and is popular in a sports environment.

Variations in exercise and technique

The Bulgarian split squat uses the same muscle groups as the classic squat with a barbell:

Complicated version with dumbbells (dumbbells, barbell) connects to the muscles of the forearm, responsible for holding weights.

The technique of performing Bulgarian split-squats

The Bulgarian split squats are performed from the starting position with the back to the bench or a small elevation. The sequence of actions is as follows:

Include Bulgarian squats with dumbbells in training is recommended after classic squats or squats with a barbell. This allows you to increase the load on the buttocks and leg muscles, contributes to their deeper development.

What determines the effectiveness of the exercise? Exceptionally from the number of repetitions. In the pursuit of relief, this rule is often neglected and tend to complicate training as soon as possible by using dumbbells or weights. Of course, we have to use burdening, with its help the formation of the relief is faster. However, to use it or not, they decide only after mastering the squat technique. Otherwise, you can lose focus and balance during the exercise, which will lead to an annoying fall or injury.

Bulgarian squatting on one leg is performed both with weights, and without it. The variant with weights or dumbbells is considered more complicated and suitable for those athletes who have already mastered the classical technique of exercise Bulgarian squats.

What are the features of squat with working weight? It requires excellent sports training and development of the muscles of the bark.

Bulgarian squats with a barbell on their shoulders

Performing Bulgarian squats with a bar is performed as follows:

Step 1. We put the bar with the adjusted working weight on the shoulders. It is held by a direct grip. We remove the leg back, bend it in the knee and put it on the bench with a sock. In doing so, make sure that the supporting leg remains straight.

Step 2. Squatting is done on the supporting leg. The second leg helps maintain balance. It is necessary to go down to the parallel position of the hip of the front leg. Then, pushing away from the floor, we return to the starting position.

Bulgarian squats with a barbell are an exercise of medium complexity, during its execution it is necessary to watch that the squat is performed at the expense of the muscles of the thigh, and not with the help of knee-motion forward. To do this, the front leg should be sufficiently far from the bench. It is also necessary to follow the knee of the foot, which stands on the floor. During the movement, you can not take him inside.

Bulgarian squats in the Smith

The Bulgarian squat in the Smith is a variant of a split of squats in the gym on a special simulator. A feature of the exercise in this version is the setting of the rear leg on a special platform. At the same time, the main emphasis, as in the basic squat, goes to the gluteus muscles (large and quadriceps). Unlike the version with free weights, it is preferable, because it allows:

The exercise is performed as follows:

Bulgarian attacks – an effective exercise for the formation of the relief of the feet. The technique of its implementation has its own characteristics, which are associated with the need for careful coordination of movements and maintaining balance during squats.

After studying the typical mistakes during the attacks, you can track them and sharpen the technique of the exercise to the ideal. So, the main mistakes and ways to eliminate them.

Initially, it is necessary to work out the correct technique of doing the exercise, learn how to keep balance during the squat. As progress is progressing, it is possible to begin to complicate the Bulgarian squats by using dumbbells of small weight as weights. You can also select a bench higher to make the squats as deep as possible. The optimal number of repetitions per foot is 10-12 times. In the set of 3-4 approaches. 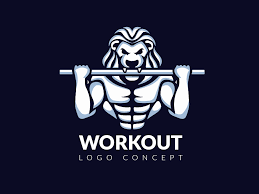